You Can Experience Making Jeans! Museum Where You Can Meet High-quality Japanese Jeans

Jeans are durable and do not get worn or torn easily. Perhaps, a lot of tourists may be traveling around Japan, wearing jeans. Kojima in Kurashiki City, Okayama, is famous in Japan as a production area of such popular jeans.
Kojima has been prospering as a town of textiles since old times. It started with cotton cultivation in the Edo period (1603 - 1868), and then was proud of Japan’s largest production volume of tabi socks and uniforms for Japanese high school and junior high school students, developing its history as the town of textiles. Against a backdrop of such history, domestic production of jeans began for the first time in Japan in 1965. Today, over 50 years after, the Japan-made jeans have come to attract attention with their high quality and skills. "Jeans Museum" is an only museum in Japan where you can learn such history of jeans. The museum was founded by “Betty Smith” which launched a lady’s jeans brand for the first time in Japan, in the early years of jeans made in Japan.
In addition to Jeans Museum I and II, there are a sewing factory, a factory outlet, an experience factory, etc. in the premises. Therefore, this place is a big amusement spot where you can enjoy shopping, experiences and tours. 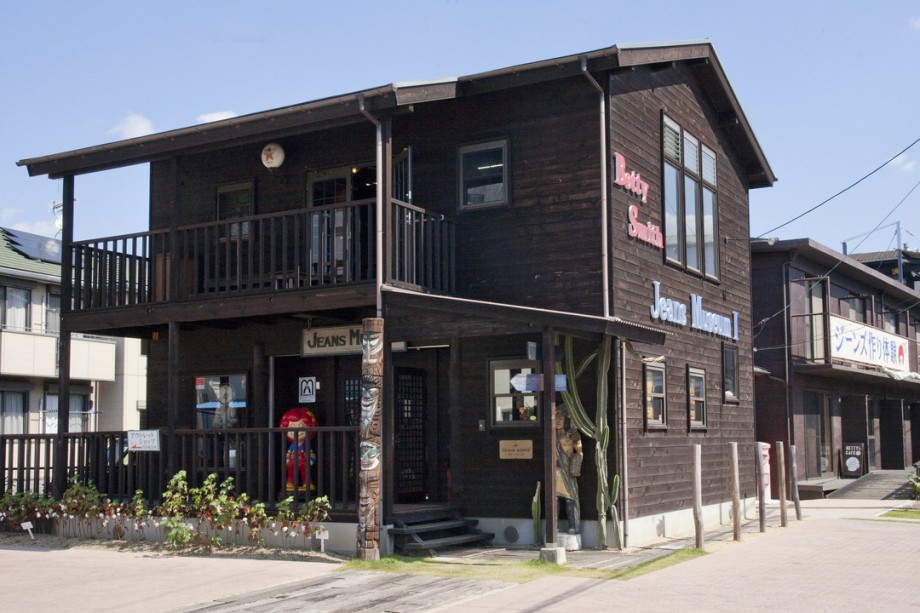 The museum I was opened in 2003. At the entrance, a native American doll and over-100-centimeter-tall Betty will welcome you. In the museum, there are panels and exhibits that explain the history of jeans that were born in U.S. and its time background in an easy-to-understand way. On display are a lot of precious materials that cannot be seen anywhere else, including a valuable model provided by Levi Strauss & Co. which became a prototype of "501 〷" and Union Special sewing machine dedicated to thick cloth, which had been used in the beginning when jeans production began in Japan. There is also a corner to introduce the history of Kojima with a primary school uniform in 1930 exhibited, where you can understand that Kojima has a long history as a town of not only jeans but also student uniforms. 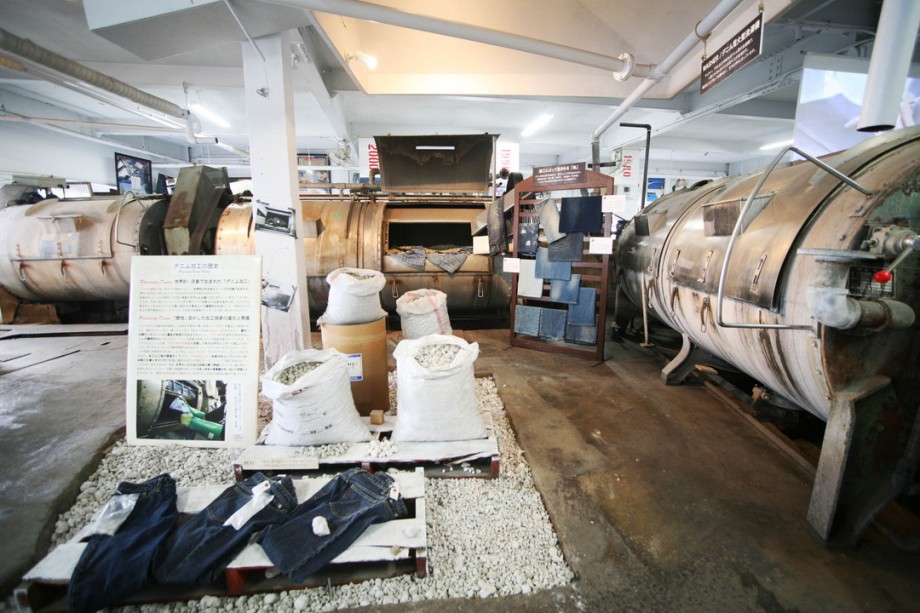 The Museum II was opened in 2014. It is a museum with a theme of history and technology of Japan-made jeans. The washing factory that was in operation in the 1970s was renovated, and real sewing machines and equipment to make jeans are exhibited. Accordingly, you can experience how Japan-made jeans are produced. Also, you can enjoy seeing jeans of domestic brands in each generation and old advertising posters in the ‘70s and ‘80s which bring back some memories.

...... read the rest of the article on TABIDO website: